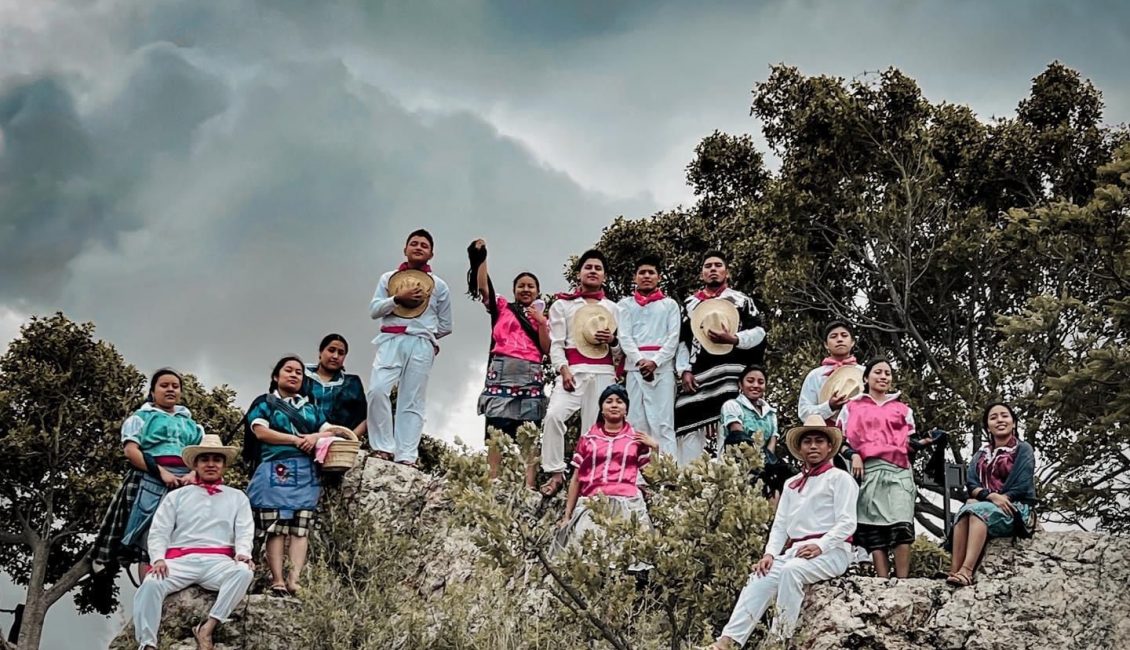 This content has been archived. It may no longer be relevant

From rock in Zapotec to the music of Andalusia and a 16-year-old guitar prodigy from Valencia, these concerts feature the diverse range of genres and rhythms showcased by the series.

CHICAGO (September 29, 2022) – The International Latino Cultural Center of Chicago announced today the next concerts of their year-round Chicago Latino Music Series. All concerts start at 7 p.m. at the Instituto Cervantes, 31 W. Ohio St. Suggested donation, $10. Evolving from the Chicago Latino Music Festival, the series presents a wide overview of the many musical styles representing the Latino diaspora worldwide from the Spanish Medieval period to the music written and performed today across all genres and styles, including but not limited to classical, folk, afro-Latino and Latin Jazz.

First, a night of music and dance from San Pablo Güilá, Oaxaca, México on Saturday, October 15 featuring the folkloric dance troupe Galguez Laxá made up of indigenous, Zapotec youth between the ages of 15-25 and Dizá, a four-member rock band that sings in their native Zapotec. The series then jumps to the other side of the Atlantic on Friday, November 4 to explore the influences of Middle Eastern music on Andalusia, Spain with The Andalusian Trail opening for acclaimed flamenco guitarist Juan Carmona and his band featuring Algerian musician Youba Adjrad. Still in Spain, the series will next present 16-year-old guitar prodigy Juan Ausiàs Parejo from Valencia on Thursday, November 17. Finally, on Monday, November 21, the series travels back to Mexico to celebrate the tradition of las tunas that dates back to 13th century Spain and Portugal when students went about singing and playing music out of the pure need to survive and pay their school fees. La Tuna de Oro de Guanajuato is one of Latin America’s premiere Tunas and they will be charming audiences with their repertoire of classic songs.

Following are full bios of the artists.

Dizá is an indigenous, four-member, rock band from San Pablo Güilá, Oaxaca, México whose songs are sung in the native Zapotec language of the region. The band was formed in 2015 as part of an effort to preserve the language along with its stories, legends, and myths that are being lost with the younger generations. The band has won awards locally and are cultural ambassadors and role models for their community both inside and outside Mexico.

Galguez Laxá is an independent folkloric dance troupe from the Zapotec community of San Pablo Güilá, Santiago Matatlán, Tlacolula, Oaxaca made up of indigenous, Zapotec youth between the ages of 15-25. They seek to preserve the folkloric dances of the state of Oaxaca and take them to every corner of the world so that the footwork, humor, colors and food of this beautiful region can become known.

This concert is made possible thanks to the support of Galzak A.C., a civil association founded in 2018 in Oaxaca who founded the Galguez Laxá group and have been supporting the artistic and economic efforts to lift up the indigenous communities of the region.

Juan Carmona was only ten years old when his father gave him his first guitar. His passion for the instrument grew and his virtuosity was quickly remarked by professional musicians. Juan’s journey as a professional guitarist took him back to his roots: Jerez de la Frontera in Andalusia. For 9 years, he absorbed as much as he could in the purest flamenco tradition, rubbing elbows with some of its biggest names, like Joaquín Grilo, Agujetas, Duquende, Antonio Canales, Chano Domínguez and many others. A self-taught musician, he can boast of having composed his Sinfonía Flamenca and Orillas, today performed by many orchestras in the world, including the Sydney Symphony Orchestra (Australia), the St Louis Symphony Orchestra (USA), and the Russian Philarmony. His albums Alchemya, Orillas, Sinfonía Flamenca and El Sentido del Aire were nominated for the Latin GRAMMY. His new album, Zyriab 6.7, retraces the journey of the musician-poet Zyriab, stopping off along the Mediterranean, from oasis to caravanserai, covering 6,743 km from Baghdad to Cordoba.

The Andalusian Trail: From Rajasthan, India to the Middle East, from North Africa and across the Mediterranean into Andalusia, Spain, musical ideas and instruments were exchanged and have contributed to the foundation of Andalusian and flamenco music. Through music, dance, and storytelling, members of Las Guitarras de España and Surabhi Ensemble take to the trail and tell the tale of this shared cultural history from medieval Andalusia to the present. The performance includes original and traditional repertoire of Spanish guitar, Arab-Andalusian poetry and music, as well as Rajasthani, Middle Eastern, and flamenco folk music and dance.

Presented by the International Latino Cultural Center of Chicago, Intercultural Music Production, and the Old Town School of Folk Music as part of the Ojalá project funded by the Doris Duke Foundation for Islamic Arts.

Born in 2006 into a family of musicians, Juan Ausiàs Parejo began playing the guitar at the age of 4 at the hands of his father, the guitarist Rubén Parejo. The 16-year-old guitarist has won 35 first prizes in national and international competitions, performing with a virtuosity and sensitivity that does not leave anyone indifferent. In 2018, he recorded his first CD Con tanta tenerezza accompanied by his father and with the collaboration of important jazz figures such as Ximo Tébar and Víctor Mendoza. Ausiàs has performed concertos for guitar and orchestra and the composers Eduardo Morales-Caso and Juan Erena have dedicated works to him. Ausiàs’ way of interpreting is rich in nuances: virtuous, brilliant and entertaining.

La Tuna de Oro was Born in the city of Guanajuato in 1965 and since then managed to revolutionize the musical concept of this type of group by combining the spirit of the students with the quality of the great masters. To date, la Tuna de Oro has been performed in various stages and cities of the Mexican Republic, the United States, and Portugal. It has also received the Merit Award from the city of Guanajuato through its Tourism Directorate, as well as the placement of a commemorative plaque in the Plazuela de San Roque, Guanajuato.

The International Latino Cultural Center of Chicago is a pan-Latino, nonprofit, multidisciplinary arts organization dedicated to developing, promoting, and increasing awareness of Latino cultures among Latinos and other communities by presenting a wide variety of art forms and education including film, music, dance, visual arts, comedy, theater and culinary arts.

The Center prides itself for its outstanding multidisciplinary local and international cultural programming which spans Latin America, Spain, Portugal, and the United States.

Born out of the Chicago Latino Film Festival, The International Latino Cultural Center of Chicago also produces other programs, including the Latino Music Series, which is celebrating its 16th edition this year; Film in the Parks, also in its 16th season; the monthly Reel Film Club, already in its 14th year; and many others. All in all, the audience has grown from 500 people in 1985 for the first Chicago Latino Film Festival to more than 70,000 (Latinos and non-Latinos) who enjoy the year-round multidisciplinary cross-cultural exchanges offered by the Center.