Featuring a diverse group of people gathering with their chairs, dogs and even drinks around a glowing screen, “Chenwei’s design celebrates the communal experience of watching a movie whether in the theater, outdoors in a park or even at home with friends and family members. After taking baby steps last year towards a full theatrical experience with a limited number of in-person screenings at the Landmark Century Center, this year we are fully back at the theaters. We are currently finalizing the program and can’t wait to share it with movie lovers everywhere,” said Pepe Vargas, founder and Executive Director of the International Latino Cultural Center of Chicago.

“Creativity is my lifelong passion. As an illustrator, my goal is to observe and tell what I see, what I think, and what I experience in a creative way. I create my work mostly using digital illustration in Adobe Photoshop, Illustrator, and Procreate, using After Effects and Premiere Pro for motion and editing. I want my work to inspire audiences, add a little more sprinkles to their day, tell heart-touching stories, and celebrate the little things and moments in life which can be very powerful,” said Xu about her work as an artist.

Chenwei Xu is a designer and illustrator based in Los Angeles. With a strong background in the creative industry, she has delivered a diverse range of design projects over the years. After she graduated from the MFA Design Entrepreneur Program at the School of Visual Arts in New York, she has been working primarily as a visual designer, though she has taken on many additional hats and worked professionally with branding, motion graphics, short video editing, and illustration. In her spare time, she freelances her way around the world, working with different clients and events.

The poster will be the face of the Festival, as it will be on the cover of newsprint schedules, invitations, program books, t-shirts, the Festival’s website and more. The winner receives a $1,000 cash prize.

Featuring close to 100 short and feature length films from Mexico, Central and South America, the Caribbean and the United States, the 39th Chicago Latino Film Festival  will run from April 13th to April 23rd.

Opening and Closing Night will be held at the AMC River East 21 Theaters, 322 E. Illinois St. and a special event at the Instituto Cervantes, 31 W. Ohio St., with the rest of the Festival taking place at the Landmark Century Center, 2828 N. Clark St. Program announcements will begin in late February and end in mid-March coinciding with the full launch of the Festival’s redesigned website. In the meantime, visit latinoculturalcenter.org for more information.

The 39th Chicago Latino Film Festival is sponsored by Tito’s Vodka and US Bank with more sponsors to be announced. The Festival wouldn’t be possible without the generous support from: Chicago’s Cultural Treasures, Paul M. Angell Family Foundation, The Reva and David Logan Foundation, The MacArthur Fund for Culture, Equity, and Arts at Prince, The Field Foundation, The National Endowment for the Arts, Gaylord & Dorothy Donnelley Foundation, The Joyce Foundation, Chicago Department of Cultural Affairs (DCASE), Illinois Arts Council — a State Agency, and Instituto Cervantes.

The International Latino Cultural Center of Chicago is a pan-Latino, nonprofit, multidisciplinary arts organization dedicated to developing, promoting, and increasing awareness of Latino cultures among Latinos and other communities by presenting a wide variety of art forms and education including film, music, dance, visual arts, comedy, theater and culinary arts. The Center prides itself for its outstanding multidisciplinary local and international cultural programming which spans Latin America, Spain, Portugal, and the United States.

Born out of the Chicago Latino Film Festival, The International Latino Cultural Center of Chicago also produces other programs, including the Chicago Latino Music Series, which is celebrating its 17th edition this year; Film in the Parks, also in its 17th season; the monthly Reel Film Club, already in its 15th year; and many others.

All in all, the audience has grown from 500 people in 1985 for the first Chicago Latino Film Festival to more than 70,000 (Latinos and non-Latinos) who enjoy the year-round multidisciplinary cross-cultural exchanges offered by the Center. 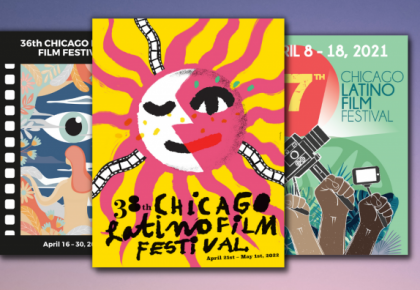 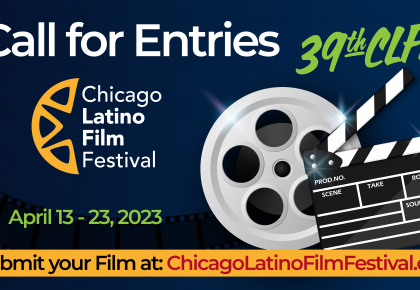